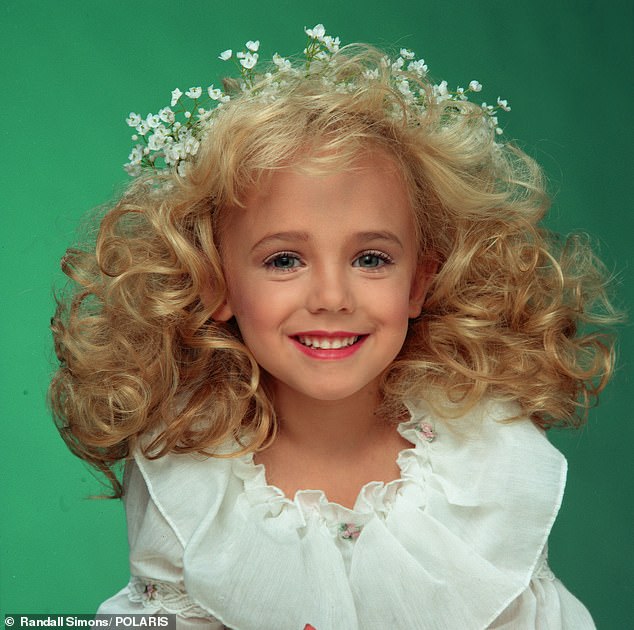 A longtime suspect in the murder of JonBenét Ramsey has finally admitted he killed the then six-year old beauty pageant queen, DailyMailTV can exclusively reveal.

Gary Oliva, 54, a convicted pedophile who is currently serving a 10-year sentence in a Colorado prison for child pornography, has admitted in letters obtained by DailyMailTV he killed her by accident.

Oliva, who was once jailed for trying to strangle his mother, wrote: ‘I never loved anyone like I did JonBenét and yet I let her slip and her head bashed in half and I watched her die. It was an accident. Please believe me. She was not like the other kids.’

In another letter, Oliva wrote, ‘JonBenét completely changed me and removed all evil from me. Just one look at her beautiful face, her glowing beautiful skin, and her divine God-body, I realized I was wrong to kill other kids. Yet by accident she died and it was my fault.’

The letters were sent to music publicist Michael Vail, a former high school classmate of Oliva’s.

Vail has suspected Oliva’s involvement in JonBenét’s murder for 22 years but told DailyMailTV he thinks Oliva’s written confession is the proof needed to finally get Oliva charged with the crime.

The incriminating letters from Oliva have now been presented to Boulder police.

Police spokesperson Laurie Ogden told DailyMailTV, ‘The Boulder Police Department is aware of and has investigated Mr. Olivas’ potential involvement in this case.

‘We have passed the additional information you provided onto investigators. We will not comment on any actions or the status of this investigation.’

Six-year-old beauty queen JonBenét Ramsey’s body was found at her home in Boulder, Colorado on December 26, 1996 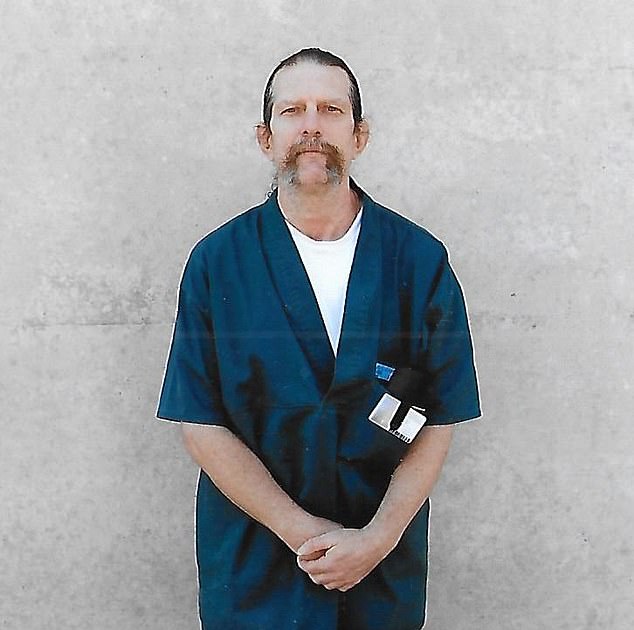 Convicted pedophile Gary Oliva, 54, has long been a suspect in the murder of JonBenét Ramsey. He is pictured at Limon Correctional Facility in Colorado

Gary Oliva said he killed JonBenét Ramsey by accident. He wrote, ‘I let her slip and her head bashed in half and I watched her die. It was an accident’

Describing JonBenét Ramsey’s death, sex offender Gary Oliva wrote: ‘I let the one I love die in my arms helplessly watching the life drain from her eyes as all light went out’

Nobody has been charged with JonBenét’s death since the six-year-old’s lifeless body was discovered by her father John Ramsey in the basement of the family home in Boulder, Colorado on December 26, 1996.

Detectives believe she was murdered the night before, on Christmas Day, through either a blow to the head or strangulation with a garotte.

Oliva does not explain in the letters why he was at the Ramsey home that night but investigations have shown he was using an address just ten blocks away at the time JonBenét was murdered.

Sexual predator Oliva wrote the letters to Vail from his cell in Limon Correctional Facility, Colorado after being arrested in 2016 for possessing child pornography on his phone.

DailyMailTV has obtained a redacted police report for his 2016 arrest which shows Oliva also had hundreds of photos of JonBenét on his phone when it was seized.

He is currently due for parole in October 2020. 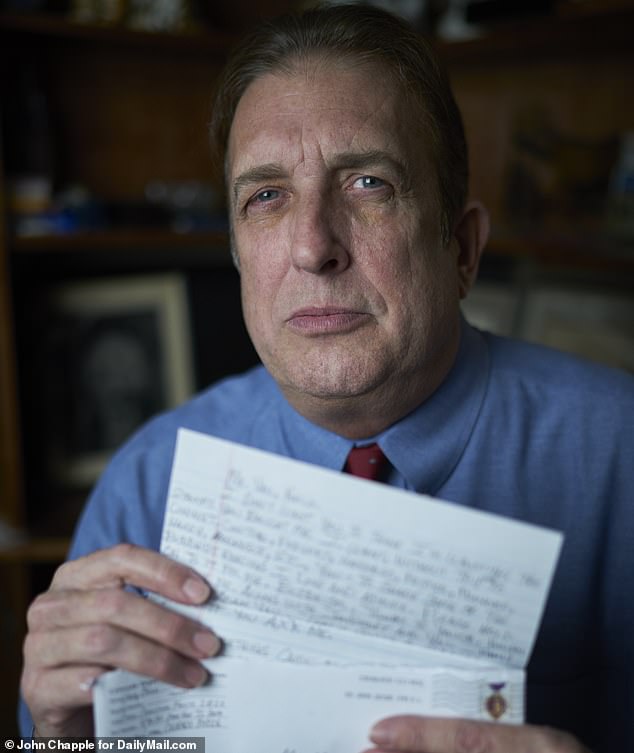 Gary Oliva made the shocking admission in letters he recently wrote from prison to former high school friend Michael Vail (above). Music publicist Vail, 55, is sending the letters to police

In an interview with DailyMailTV, 55-year-old Michael Vail said: “My suspicions began when Gary called me late at night on December 26, 1996. He was sobbing and said, ‘I hurt a little girl.’

Speaking from his home in Ventura, California, Vail said, ‘I had known Gary from my time at high school and we had kept in touch. When he said he had hurt a little girl I tried to get more information out of him. The only other thing he told me was that he was in the Boulder, Colorado area. 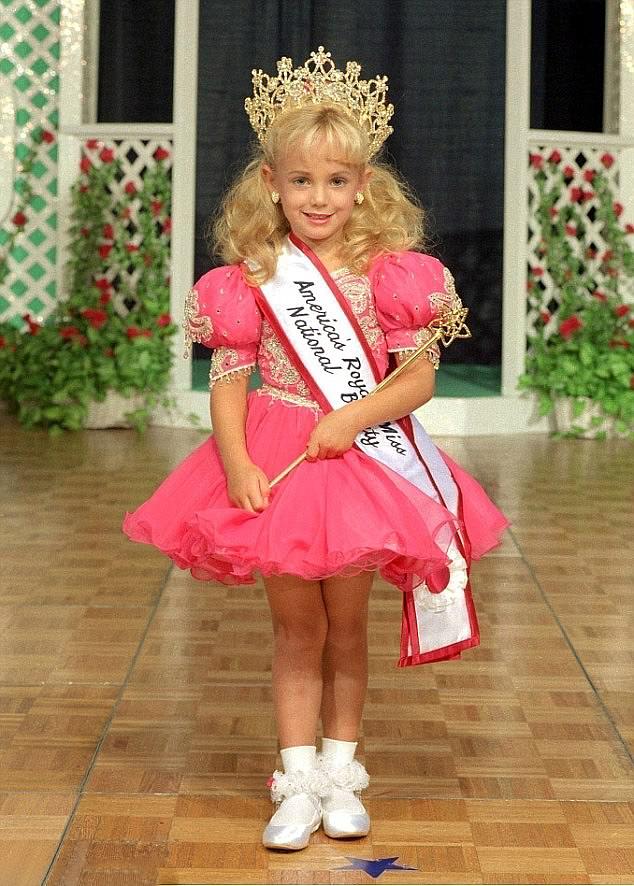 ‘On December 27 I read on the front page of my local newspaper ‘Girl, 6, slain in Boulder, Colorado’. I knew I had to alert the police.

‘I immediately called the Boulder Police Department and told them what I knew about Gary and what he had told me just days earlier. They didn’t get back to me.

‘Three months later I called the police again to find out what was going on in its investigation of Gary, but instead I was sent to a police answering machine set up for tips on the JonBenét case. 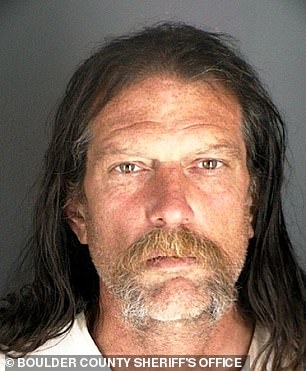 Oliva’s previous convictions include trying to strangle his mother, sexually assaulting a seven-year-old girl and possessing a stun gun

‘I left a message on the recorded line and again I never heard back from investigators.’

The death of the beauty queen shocked the nation and Boulder police received heavy criticism for never bringing her murderer to justice. She would now be 28.

Vail explained he has continued to stay in touch with Oliva since then in the hope Oliva would admit to being involved in JonBenét’s death.

He said, ‘I’ve continued this for decades now, even with him being in prison. But he has only just admitted to killing her. He believes he will go to hell if he doesn’t admit to it.

‘I have now sent these letters to Boulder police in the hope it will get Gary to provide them with firm proof and to name who else may have been involved in JonBenét’s death.

‘I hope it helps bring justice for JonBenét and peace for her family.

”Now they have this, a written confession, the police need to charge him with her murder.

‘The thought that he could be released on probation next year chills me to the bone because he should never be allowed out. He is a danger to society.

‘The day he walks free is the day I will be terrified for every child and family.”

Retired Colorado Springs homicide detective Lou Smit, who had been hired by Boulder District Attorney’s Office to help the JonBenét investigation, told CBS program ’48 Hours Investigates’ in October 2002 that Oliva was a suspect. 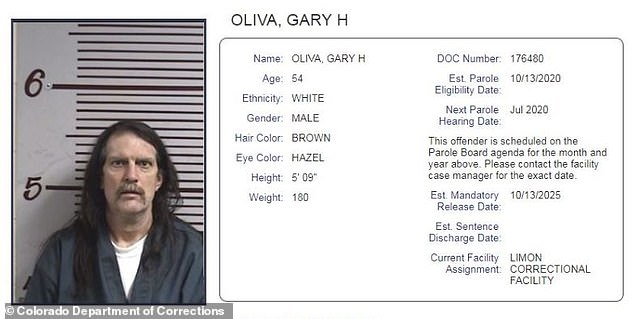 Gary Oliva will be eligible for parole from Limon Correctional facility, Colorado in October 2020 and his mandatory release date is October 2025

Investigators theorize several men, including Oliva, were involved in breaking into JonBenét’s house.

A ransom note demanding $118,000 for JonBenét’s return was found on the kitchen staircase at the Ramsey home shortly before her body was found.

The handwriting does not match Oliva’s in his letters to Vail. But it is possible the note was penned by an accomplice.

Smit told 48 Hours Oliva was registered as a sex offender with an address near to the Ramsey home and showed up at a candlelight vigil after the pageant queen’s gruesome death.

Smit pointed out Oliva was arrested on December 12, 2000, on the University of Colorado campus on allegations of criminal trespass, marijuana possession and possession of a weapon by a previous offender. He had a stun gun in his possession at the time of his arrest.

The stun gun was significant because several investigators, including Smit, believed one was used on JonBenét. 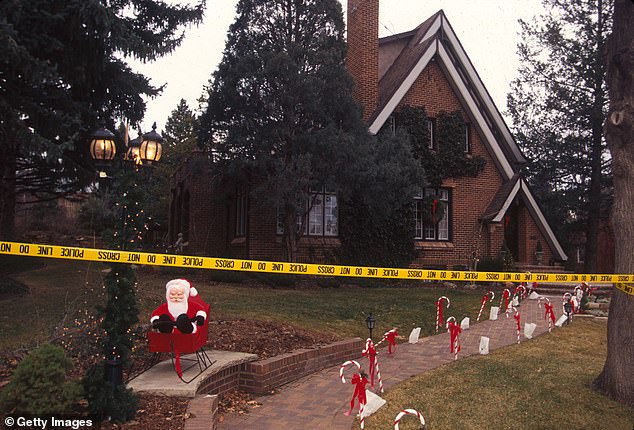 Gary Oliva was registered as a sex offender at an address just ten blocks from the Ramsey family home (above) where JonBenét’s body was discovered on December 26, 1996

Oliva also had a photograph of JonBenét and a poem he had written, titled ‘Ode to JonBenét’ on him when he was arrested.

After his 2000 arrest, police took Oliva’s DNA and sources claimed there was not a match to that found at the crime scene.

However, in 2015 former Boulder police chief Mark Beckner admitted crime scene evidence may have been mishandled.

He told reddit, ‘Yes the crime scene was not handled properly and this later affected the investigation.’

Shockingly, Oliva may have admitted to police his involvement in JonBenét’s murder following his 2016 arrest.

In a recent letter to Vail, Oliva claimed, ‘I pleaded guilty to the murder of JonBenét as well as countless charges of assaults and sexual abuse against many children, there were various agreements made by me and the court which I signed many pages.’

Incorrectly stating he is in prison for the rest of his life, Oliva claimed to Vail he told police he may have murdered others. 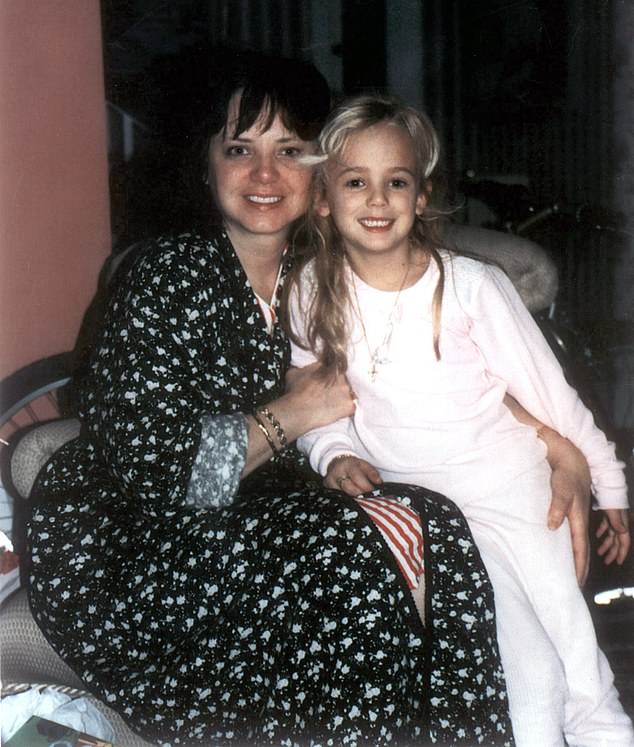 Investigators believe JonBenét Ramsey (pictured with her mother Patsy) died from head trauma or strangulation. JonBenét also bore injuries that possibly showed the use of a stun gun 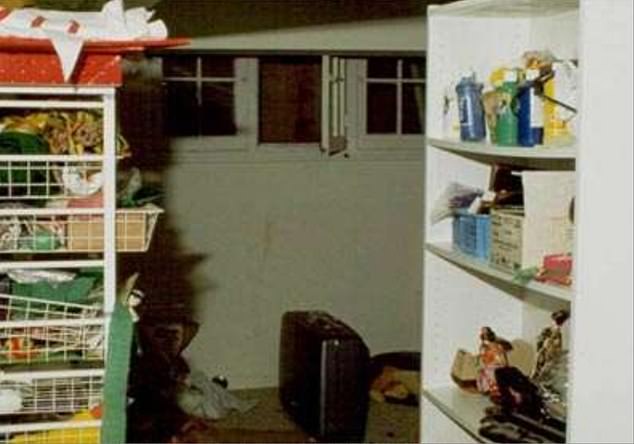 Crime scene photo at the Ramsey family home on December 26, 1996 shows the open basement window which investigators believe JonBenét’s killer may have used. Her body was found under a blanket in a neighboring room that had been used as the wine cellar

Oliva wrote: ‘I’m a serial murderer. I have a disorder that cannot be stopped. I’ve told the detectives all the murders I can remember. All of them pan out. They just can’t prove any of them.’

DailyMailTV has learned Boulder police’s interest in Oliva may have been rekindled when they discovered 335 photographs related to JonBenét on the phone they seized after arresting him in 2016. 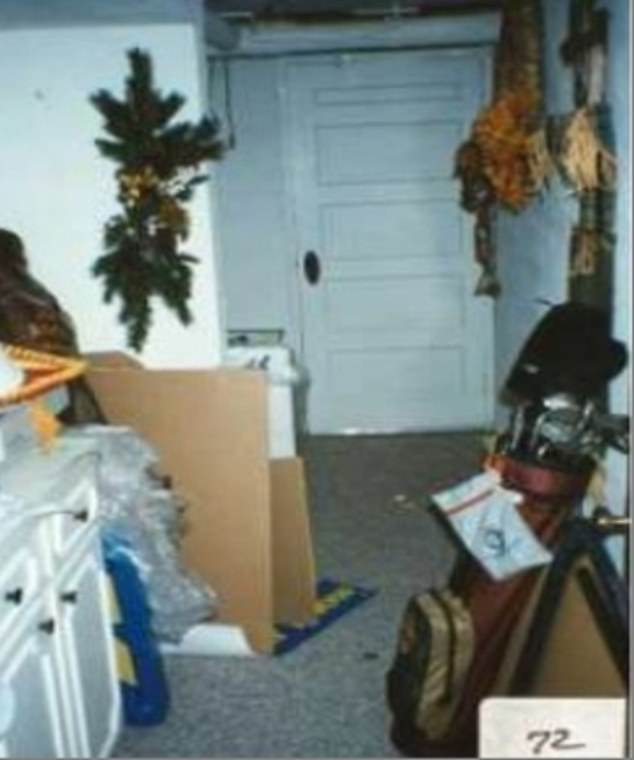 Crime scene photo taken on December 26, 1996 shows the white door leading to the wine cellar where JonBenét’s body was discovered under a blanket

The arrest report redacts any mention of JonBenét or her murder investigation.

It states: ‘Additionally, there were approximately 335 photos that had something to do with [REDACTED]. Some were regular photographs of her, likely found online. Of those photographs, 19 were images from [REDACTED] autopsy, likely from the photographs that had been leaked to the press in years past.

‘There were also many photographs of what appear to be shrines to [REDACTED]. It is unknown where these shrines are located, or if they were created by Oliva or not.

In this Boulder Police 2016 arrest report obtained by DailyMailTV, officers found 335 photos related to JonBenét. References were redacted by police as the murder investigation is open

DailyMailTV has uncovered a string of crimes committed by Oliva dating back decades. One crime, like JonBenét’s death, involved strangulation.

In May 1991, Oliva was on three-year’s probation for sexually molesting a seven-year-old girl, when he threatened to kill his mother Anne Freitag at her home in Grants Pass, Oregon, and tried to strangle her.

“When the sheriff arrives, they will find you dead’: An Oregon Department of Corrections report describes how Oliva tried to strangle his mother with a telephone cord in May 1991

Describing the incident, Oregon Department of Corrections wrote in a report: ‘During the course of the assault, Oliva threatened his mother, stating ‘I should have killed you a long time ago’ and made other threats to kill her. He also stated that ‘When the sheriff arrives, they will find you dead.’

‘Oliva removed a butcher knife from the drawer and had it in his possession. Oliva also pulled a telephone cord loose from a telephone and wrapped it around his mother’s neck and began tightening it.’

Oliva fled before police deputies arrived, the report stated. He was jailed for 17 months.

Vail told DailyMailTV: ‘Gary is a danger to everyone. Since that phone call to me where he said he had hurt a little girl, I’ve always known he had something to do with JonBenét’s death.

‘I hope Boulder police will finally charge him. I think they have been placing too much emphasis on DNA matches. We now know the crime scene and evidence in the case was compromised.

‘I am begging Gary to do the right thing and reveal everything he knows. He may also be able to name people he was possibly involved with when he broke into JonBenét’s home. They need to face justice as well.’ 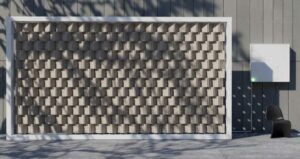 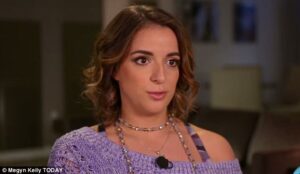 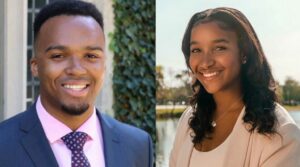 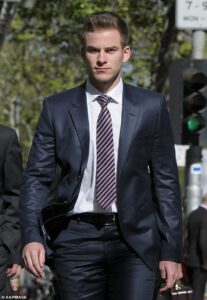 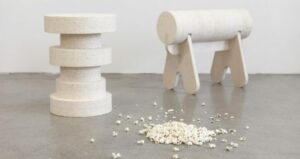 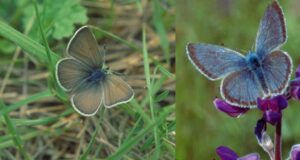 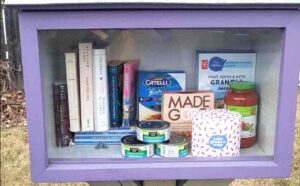 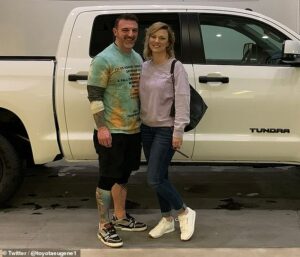 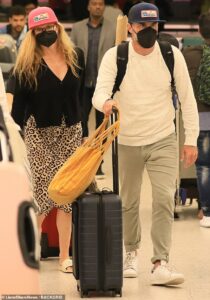 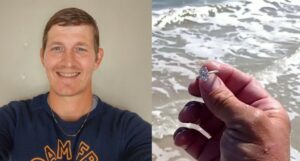 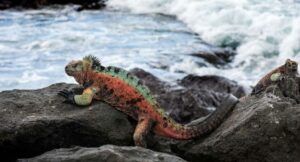 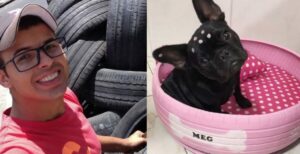