The ex-wife of incest monster Steven Pladl has slammed authorities for failing to protect the tragic baby boy he fathered with his own daughter before killing in a harrowing triple murder-suicide.

Alyssa Pladl, 37, has exclusively told DailyMail.com the decision to leave seven-month-old Bennett in the custody of Pladl’s elderly mom Grace, 72, was a ‘shocking failure’.

Alyssa Pladl,  shown holding up a picture of her daughter Katie when she was a baby, says authorities did not protect her grandson – or her daughter

She also revealed how the warped predator – who unlawfully married and impregnated their 20-year-old daughter Katie Fusco – kept a stash of guns and bore all the hallmarks of a mass shooter in the making.

Pladl faced incest charges in Henrico County, Virginia but while the terms of his March 16 bond prevented him from contacting Katie or Alyssa, Pladl had no specific restrictions placed on his access to Bennett.

The defenseless boy’s dead body was found stuffed inside a bedroom closet at Pladl’s Knightdale, North Carolina home last Thursday after Pladl rang Grace to confess to killing the infant after taking him from her the previous evening.

Pladl then drove 600 miles to New Milford, Connecticut, where he ambushed and shot dead Katie and her adoptive father Anthony Fusco, 56, with an AR-15 style assault rifle before turning the gun on himself.

Officers believed he embarked on the killing spree after learning Katie wanted nothing more to do with the incestuous marriage.

‘I keep thinking of how lucky it is that I and our other children weren’t part of his shooting spree,’ said Alyssa, who has two more daughters aged eight and 12 with Pladl.

‘He had an obsession with guns. He had been an outcast since school. He hadn’t had a job for eight years; He fitted the exact profile of one of these mass shooters.’

Alyssa had previously obtained protective orders banning Pladl from going near her or her family but she cannot understand why a court would not extend that same protection to Bennett.

Bennett was found after Steven’s mother called 911 for a welfare check on the infant. She said her son told her he’d killed the baby left him there, and warned her not to go to the home

Steven Pladl with his daughter Katie as a baby. The 43-year-old called his mother to say he had killed his and Katie’s infant son

Pladl was originally released February 20 on $28,000 bond but lived in a hotel in Virginia because he was barred from returning to North Carolina.

Henrico County Judge Stewart Williams lifted that restriction on March 16 stipulating that the only place Pladl couldn’t go was his house in Knightdale.

The court placed no legal restriction preventing him from visiting Bennett or taking him away from Grace’s home in the nearby city of Cary.

‘Steven shouldn’t ever have been allowed back to North Carolina where he access to his house, his weapons, the baby,’ said Alyssa. ‘It’s a shocking failure.

‘I can understand they like to put children in the hands of relatives but not Grace, she wouldn’t have been able to stop him seeing the baby even if she wanted to.

‘Steve may have found a way to get to him but they could certainly have made things much more difficult for him. I think they could have helped to prevent some if not all of this.

Katie is shown above with her birth mother Alyssa who gave her up for adoption with Steven in 1998. They went on to have two more daughters (shown above) and it was one of those girls who exposed the older sister’s affair

‘If anyone is brought up on charges of incest they should never be allowed near minor children. They did not consider how sick a mind he had.’

Shannon Taylor, Commonwealth Attorney for Henrico County said there was nothing in Pladl’s history that suggested he was about to embark on a murderous rampage.

‘When you look at the facts of the case we did not see any risk factors,’ she told DailyMail.com. ‘A recommendation from the pre-trial officer said there did not appear to be any red flags.’

She said the decision to leave Bennett with Grace Pladl was taken by the North Carolina Department of Health and Human Services which is yet to provide DailyMail.com with a comment on the case.

Alyssa and Steven Pladl had given Katie up for adoption as a baby but she contacted them on Facebook in August 2015 and met them for the first time the following June.

The talented young artist then moved into the couple’s Henrico County home and started spending more time with jobless Pladl while Alyssa went to work each day as a supervisor for T-Mobile.

When the Pladls divorced in March 2017 and Alyssa left with their two younger daughters, Katie decided to stay behind with her father, who by then was sleeping on her bedroom floor.

What Alyssa didn’t know at the time was that the pair had begun an incestuous affair behind her back and Katie was pregnant with Bennett, who was born last September.

In July 2017 they were illegally married at a romantic lakeside ceremony, with Grace and Katie’s adoptive parents astonishingly in attendance.

Alyssa first learnt about the shocking incest when she read about it in her then 11-year-old daughter’s journal and reported it to police.

‘My dad calls her baby also his baby,’ the bewildered child had written. ‘My dad even says she’s my stepmom wtf. He doesn’t even want me to say or call her sister anymore.’

Pladl (left) who was charged with incest involving his daughter, whom he married, killed himself in New York on Thursday. Katie Pladl (right), 20, was also found dead along with her adoptive father in Connecticut

Steven and Katie got ‘married’ in a lakeside ceremony in July not long before she gave birth to their baby. They are pictured with her adoptive parents (right) and his mother who attended in despite its incestuous nature

Katie and Pladl were arrested in January 2018 and extradited from North Carolina to Henrico County to face charges of incest, adultery, and contributing to delinquency of a minor.

Alyssa told DailyMail.com this week that while she had never witnessed her ex make sexual advances towards young girls, their marriage had been marred by his temper and failure to hold down a proper job.

He also kept at least four guns in their home, including a couple of handguns and the AR-15 style weapon she thinks was used to slay Katie.

‘Steve had a bad temper, he would destroy things in the home when he was upset, punching holes in the walls,’ she said. ‘But there was never anything that was on record.

There is some dark stuff that I don’t want to put out there because I don’t want to hurt her mother and sister any more than they are already hurting. But physical and verbal abuse can be just as devastating as sexual abuse. And when you’re that age you don’t think anyone will believe you

‘He had been interested in guns since he was a young man. I think he may have bought the rifle online. He could have even used my details to purchase it.

‘He used to go to ranges to shoot them. He had taken Katie with him to shoot some of the guns off.

‘When he was arrested they supposedly had seized his guns. But I told the detectives he was a talented carpenter and I wouldn’t have put it past him to build something to hide them in his home.’

According to New Milford Police Chief Shawn Boyne, Katie was in a pickup with her adoptive father Thursday when Pladl pulled up to the passenger side at an intersection and opened fire on them.

He was himself found dead just a few miles away in Dover, New York, slumped at the wheel of his Honda minivan, having killed himself with a self-inflicted gunshot wound.

Police in North Carolina have not revealed how Bennett was killed but he had no obvious signs of trauma and more tests are underway.

‘All Steve had left was Katie and the baby,’ reflected Alyssa. ‘The only thing that kept him going was his thought of getting back with her.

‘To find out that he wasn’t going to, I think that was the straw that broke the camel’s back.

‘From the time that I reported the incest to the police I told them repeatedly I was absolutely terrified that he would kill me.

‘Every single time I pulled up to an intersection and somebody slowed down I feared it was him coming for me. I had to have security escort me from my building to my car every time I left work.’

She had waited 18 years to meet the daughter, named Denise at birth, and says she now feels like she has been snatched away from her three times – this last time, forever.

Alyssa met Pladl on the internet in 1995 when she was 15 and living in San Antonio, Texas and he was 20 and based in New York.

They exchanged messages, love letters and Steven visited Texas to begin an underage relationship with her, despite the disapproval of Alyssa’s parents. Alyssa was pregnant at 16 and gave birth at 17.

She says she can see parallels between with the way Pladl ‘groomed’ her as a teenager and how he seduced Katie.

The mother-of-three also disclosed that one of the main reasons she gave Katie up for adoption at eight months was because Pladl was physically, though not sexually, abusive.

‘He was hurting her. There were times when she had several bruises,’ she told DailyMail.com

‘But physical and verbal abuse can be just as devastating as sexual abuse. And when you’re that age you don’t think anyone will believe you.’

The funerals of Katie, Bennett and Anthony Fusco will take place Saturday in Dover Plains, New York on Thursday but Alyssa has decided not to attend.

Alyssa has no idea where or when her ex-husband will be buried.

‘I wanted to go initially but that would mean leaving my girls alone overnight and right now it’s not a good time to be away from them,’ she said. ‘And I don’t want to cause a scene.

‘I will remember Katie in my own way, we will hold our own little service for her. As for Steve, I have no idea and I don’t want to even think about him.’

In the state of Virginia, incest if a criminal act. According to Virginia’s legislative information system, ‘any person who commits adultery or fornication with any person whom he or she is forbidden by law to marry shall be guilty of a Class 1 misdemeanor’

The law further states that ‘any person who commits adultery or fornication with his daughter or granddaughter, or with her son or grandson, or her father or his mother, shall be guilty of a Class 5 felony’

In Virginia, a Class 5 felony carries a prison sentence of ‘not less than one year nor more than five years’ or in the discretion of the jury or court ‘confinement in jail for not more than 12 months and a fine of not more than $2,500, either or both’

Genetic sexual attraction is said to be rare, but there have been dozens of reported cases of close relatives falling in love with each other after reconnecting as adults. In 2016, Patricia Spann, 43. and her daughter Misty Spann were arrested and charged with incest after they got married 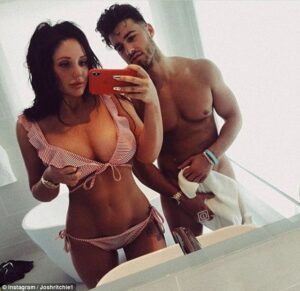 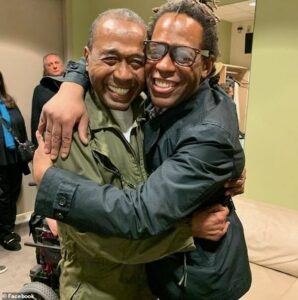 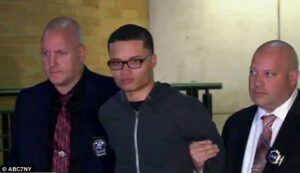 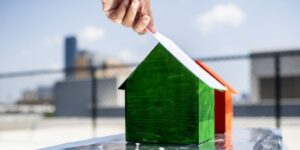 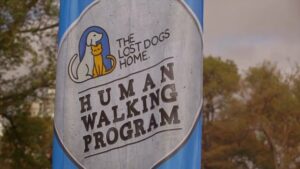 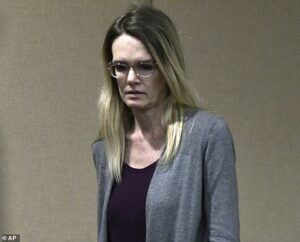 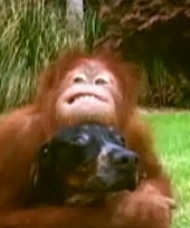 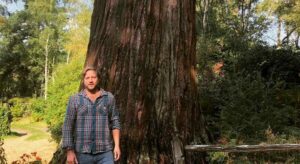 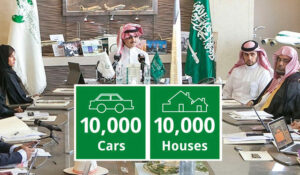 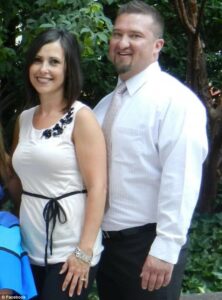 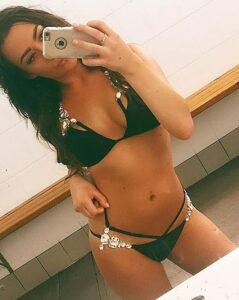 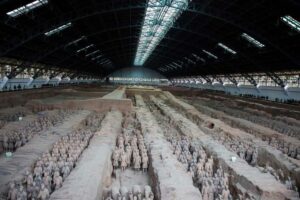 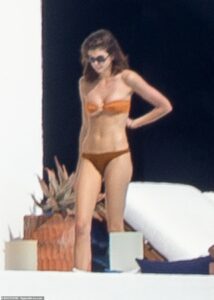